Excessive heat can degrade the performance and lifespan of your computer. But when does it get too hot?

How Does Your Computer Produce Heat?

Electricity produces heat as a natural byproduct. Heat transfer occurs when something consumes energy to start an activity, whether it’s a computer, a car engine, or our own bodies. The amount of electricity used is determined by the task at hand.

As electricity is transferred across circuits and encounters resistance, components inside your computer, particularly the Central Processing Unit (CPU) and Graphic Processing Unit (GPU), quickly emit heat ,but “How hot is too hot for CPU?”

For example, overclocking generates a lot of heat. This occurs when you run your CPU at a faster clock speed than the manufacturer intended. You can usually find appropriate clocking rates by going to the manufacturer’s website, but unless you’re familiar with speeds, these won’t mean much to you.

Overclocking provides a more efficient and speedier operating system, but it also necessitates a higher voltage to complete duties. As a result of the increased demand for electricity, your CPU generates additional heat.

Normal system maintenance, editing, and encoding, as well as playing games, watching Blu-rays, and ripping, burning, and sharing files, all put a burden on your CPU. Overheating can be a serious issue when multiple tasks are being completed at the same time.

Underclocking is a technique used by some users to combat this. By changing the oscillator crystal inside the component, heat transfer is reduced. However, this reduces the system’s effectiveness. In fact, if you want to keep your room cool without using the air conditioner, you should switch your computer off completely.

Despite the fact that heat has an impact on performance, your PC’s temperature rarely rises to the point where it disrupts daily operations.

If, on the other hand, your computer is sluggish or frequently freezes, you’re likely exceeding the maximum recommended CPU operating temperature

Internal fans may also be noisier than usual, indicating that they’re working harder to keep the motherboard and processor cool. It accomplishes this by directing hotter air away from critical components and out of the case via the heatsink (a naturally heat conducting component often composed of aluminum).

Overheating parts in computers have a fail-safe that shuts them down to prevent irreparable harm. However, in certain cases, the entire system will shut down and refuse to properly resume until it has cooled down. Even then, if there is faulty hardware, it may allow you to access data for a short time before shutting down.

If you have access to the interior of the computer, unplug it from the power source and gently touch the components. Expect them to be hot, but not too hot to touch.

Take cautious not to hurt yourself or damage anything inside your machine while doing this.

Is it just hot or is it overheating?

If you hear your computer’s fans spinning, don’t be alarmed. That is very natural. The CPU, GPU, hard disk drive (HDD), and, to a lesser extent, the optical drive (DVD or Blu-ray) will all boost the temperature of your PC. Typically, computers generate heat without causing harm.

Of course, if your fans are always running at high, noisy rates, you’re overheating. However, if you are unable to hear the fan, this could be an issue.

Your system may be overheating due to a damaged fan, but how can you detect whether the machine is overheating? The performance of your computer is the most important indicator.

Even while performing simple actions like opening multiple tabs in your browser or running two programs at the same time, it may run slower than usual. Your computer could continually shutting down or restarting without warning.

Of course, if it completely freezes and displays the Blue Screen Of Death, something is seriously wrong!

Performance concerns do not always indicate that the recommended CPU temperature has been exceeded. Malicious malware could also be impacting your computer, so take precautions to protect yourself.

The Resource Monitor in Windows allows you to see which applications are the most CPU-intensive. You can see which programs are operating in the background by searching for the app on your desktop (and likely some that have recently been terminated). Don’t worry: this list will be lengthy, which is quite normal.

Overheating can also be caused by insufficient airflow produced by poorly-positioned components or blocked vents, in addition to a damaged fan. What happened to your computer? Heat can be trapped in an enclosed location, and dusty surroundings can clog vents. 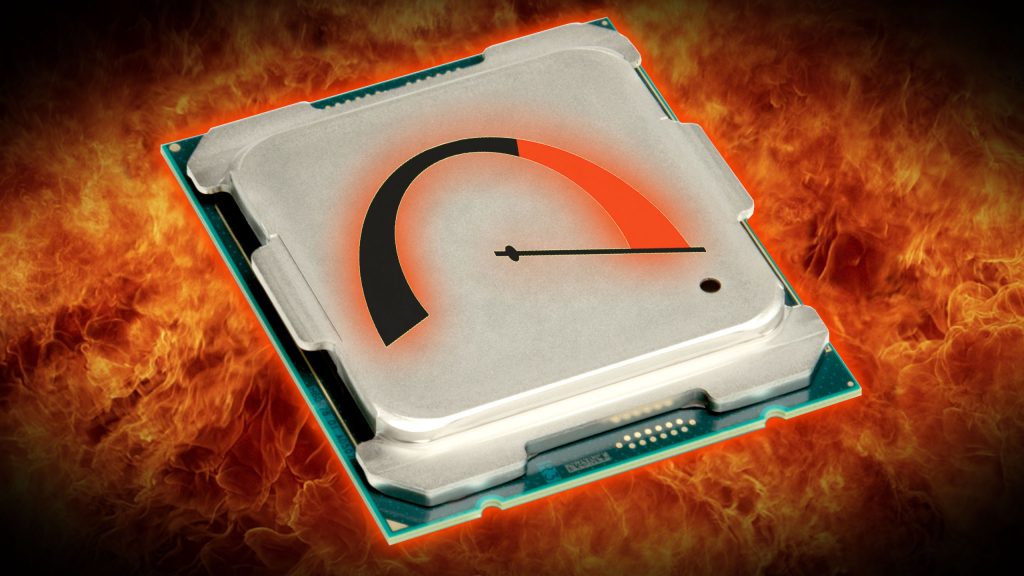 What Should Your CPU’s Temperature Be?

At room temperature—that is, a pleasant setting that is neither too hot nor too cold—your computer is meant to perform at its best. It’s easy to say, yet everyone has a distinct preferred temperature!

A temperature of greater than 27 degrees Celsius (80 degrees Fahrenheit) can harm your equipment, but there’s more to it than that.

It’s critical to keep your computer’s environment cool. It might be as simple as opening a neighboring window or positioning an oscillating fan nearby.

Simple fixes include changing the environment (for example, moving your computer or laptop to a cooler area in the summer) and using compressed air to unclog vents.

Laptops are easier to cool than PCs, but their smaller heatsinks and narrower vents make them more prone to overheating.

If you’re worried about your CPU overheating, you can install your own fan, but this isn’t recommended for anyone who isn’t knowledgeable with internal computer components.

Your device will crash if your fail-safe activates, lowering the chance of harming components. The heatsink will very certainly require a new fan. It could be that another fan isn’t operating properly, but don’t turn on your computer unless you’re sure, as this could irreversibly damage your CPU.

Although replacing an internal fan is quite simple, removing the case on some models may void your warranty. Fans on laptops and Windows tablets are difficult to replace. And there’s no use in putting your data at risk if you don’t have adequate experience. Take it to an expert in your area. 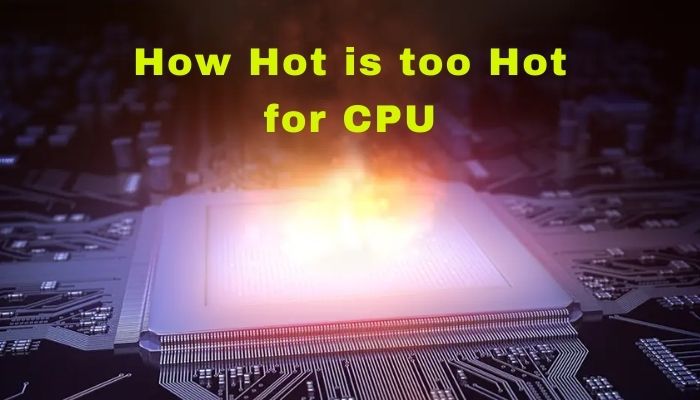 What Temperature Should Your Computer Be?

You may keep your computer cool in a variety of ways, including:

We hope this article answered any questions How hot is too hot for CPU? you had about CPU cooling and got you started on the correct track to resolving your CPU cooling problem. 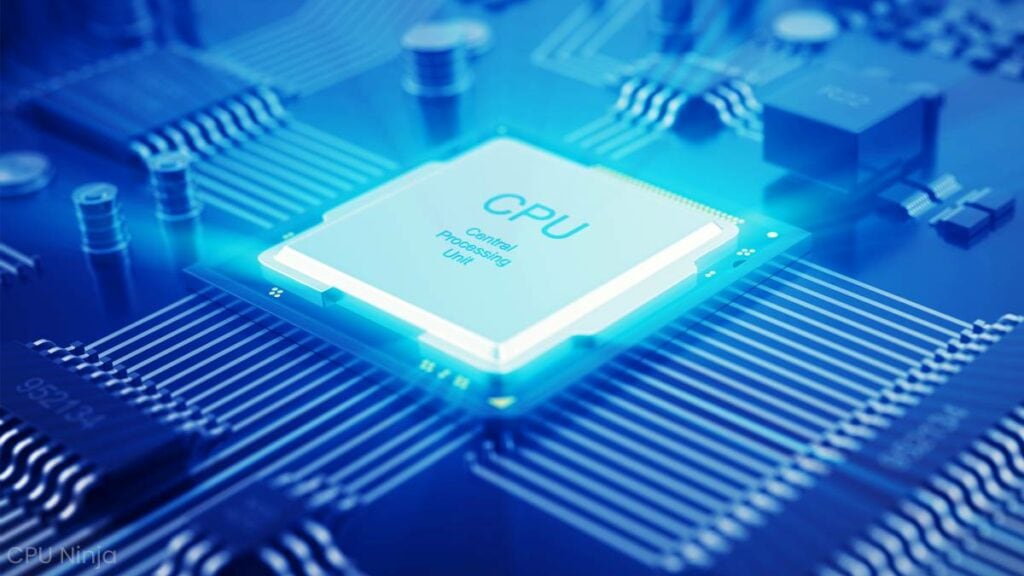