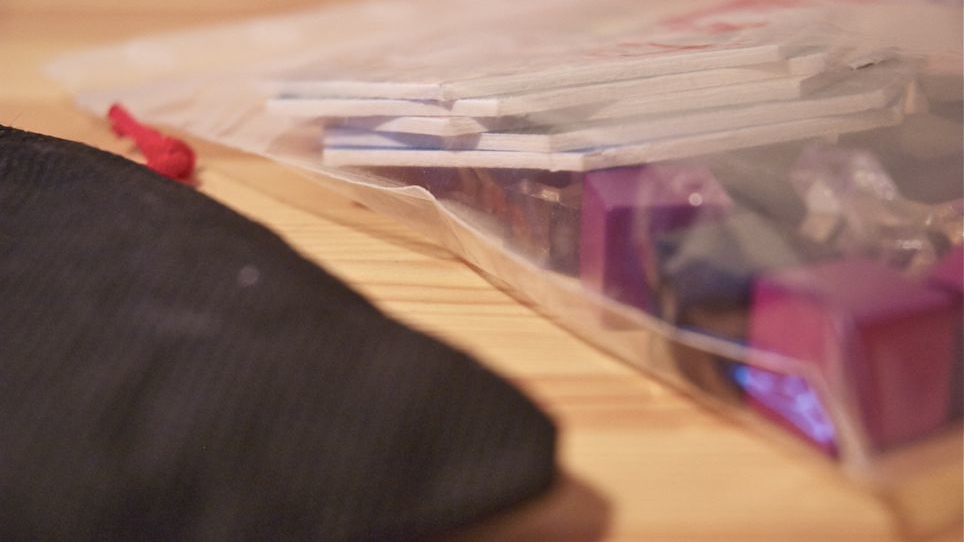 Board Game in Final Stages of Development

Pareto is a deep and challenging worker movement board game for 1-6 players. A typical game of Pareto takes between 1-3 hours, depending on player experience and how the game is played. Technically the game can be summerized as an area movement game, with a modular board, employing harvesting, production and trading as core mechanics. The game has multiple routes to victory.

If you prefer a slightly quicker game, with less rules and mechanics, you’ll enjoy Harvester – our quick and fun family game.

In Pareto you start as a small entrepreneur with a small city office and a vehicle. Within a single year, 12 rounds, your goal is to expand your business and establish a sustainable and preferably environmentally friendly business.

Pareto consists of three boards: the marketplace, the shared land and an individual player property. From the initial concept developed in february 2010, all three elements have undergone major modifications. The player property started as a major asset, but we realized that over time, that this reduced oponent awareness. So, over time we managed to reduce the significance of the player properties and move player focus to the shared boards. These moves proved important for the social dimension of the game.

Currently we are working on finalizing the design, which means a lot of playtesting. If you are interested in playtesting the game, please let us know. Though we cannot promise an invite, by registering your email at least you’re on our list. If you are an international publisher searching for an engaging and deep board game experience, please get in touch and we’ll send you the rules and/or a prototype. 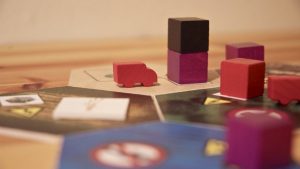 The original Stickies widget provided by Apple has one problem: the only way to create a new sticky note is to add a new widget from the widget bar. This is not very convenient when you receive a phone call and simply need to jot something down quickly.

So, we added a new button to the default Stickies widget that would create a new sticky note when clicked. To avoid cluttering the interface, we hid the button so it’s only visible while pressing the OPT (alt) key. To avoid any confusion we renamed the widget to StickiesPlus, and to make everyone happy we offer it for free. 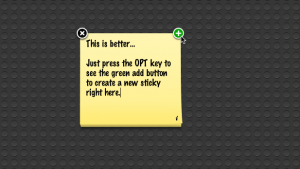 The app is based on a virtual deck of cards, each card presenting a specific individual with a certain caracteristics. By applying these characteristics to the way the user is thinking, they will hopefully be able to change their perspective enough to find a creative solution to the problem.

Roller is a small view controller based app, with two basic views: one with the deck (default view) and another functioning as a tiny tutorial. While on the main view, shaking the device selects a random card from the deck (the user can also tap the viewcontroller button). Despite the captions on each card being in Norwegian, we believe most people will understand the cards and be able to use the app. Did we mention it’s free? 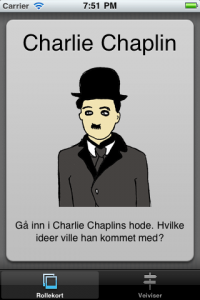 This app was developed for Stig & Stein, a Norwegian company that started as an ad agency, but now function more as creative mind benders (motivators, lectures, talks and seminars). The app is free and a recommended download at all of their events.

With Looters we are targeting players aged 10 and up, and it will support 2 to 6 players. The game is currently in the early stage of development.

The game will employ several interesting and unique mechanisms, allowing for some really fun player interaction. Looters will expand three stages, each one different from the other. Going into further details is difficult at this time, as the game keep changing, but it involves sailing and good ol’ pillaging.

Family Board Game Ready for Manufacturing

Harvester is a family game for 2-6 players, aged 11 and up. A single game of Harvester can take anywhere from 20 to 120 minutes. The reason for this rather large range, is that the player can set score limit themselves. In addition, the game offers a simple handicap system to even the odds for the less experienced or younger players. Learning to play the game only takes a couple of minutes, which isn’t to say that the game lacks depth.

The game is about area control and set collection. You win by reaching the player determined score limit. During the course of the game players will collect sets of resources to score points, while obviously trying to prevent others from doing the same. Alliances are part of the game, trading however, isn’t.

Harvester was developed as a reponse to players wanting a board game with the elegance of Pareto, but shorter and with less complexity. For this reason Harvester started as a reduced version of Pareto in June 2011, but has since then developed a life of its own. The game has been playtested extensively, and is today considered ready for publication.

If you are a game publisher looking for an uncomplicated yet sophisticated family game, Harvester might be exactly what you are looking for. Let us know and we’ll send you the rules and/or a prototype.

The plan is to develop PlayPal into a much more powerful app. In its current form, the app is a straight forward tactical planning tool useful for anyone that needs to plan floorball tactics.

The app features four different colored markers, an eraser and 12 draggable players – 6 on each team. The background (the rink) is blue with the custom markings of floorball. The user can draw anywhere on the canvas. When the player is done placing the players or drawing, both the players and drawing canvas can be seperately locked. Also, to clear the canvas or reset player positions, the app uses sliders instead of buttons. We suspected this would make it harder to accidentally erase content, something our users also has confirmed.

We are currently working on an great web service that will tightly integrate with PlayPal sometime down the line, at which point the price for PlayPal will double. Currently, and probably until the end of 2012, you can purchase the app on the app store priced as a tier one app ($0.99/7kr). 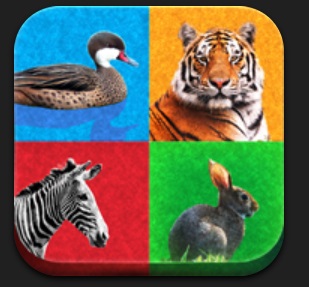 Beautiful Chess for iOS – free to download and play

We recently released version 2.0 of En Passant, a major update to this beautiful chess game made exclusively for iOS. It supports local games, as well as online matches using Game Center.

The game also features a new and improved Analyze mode, which allows you to play both sides at any time during the game. This way you can play out a scenario or situation to check your logic and avoid the most obvious mistakes. When you are done, tap the Analyzing button to revert the game back to the current state. Very convenient.

This is a web version of the classic tiebreaker game rock-paper-scissor. Let a game of rock-paper-scissor determine who gets to pick which movie to watch, what dinner to make or game to play. The game is a classic example of a non-transitive game mechanic: Rock beats scissor, scissor beats paper, but rock does not beat paper.

Our version is played asynchronously: First you specify the number of rounds and pick all your responses before you share the generated web link with your opponent. When she responds to your challenge the game ends and the outcome is immediately shown on screen. However, for you to see the result you’ll have to revisit the game page using the previously provided web link.

The current version does not provide access to a player profile, or email notifications when the opponent has made their move. 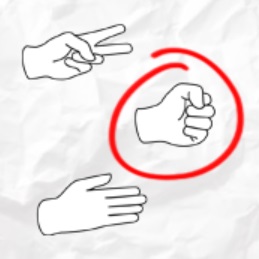 The Big Pointingbook, published in Norway as Den Store Pekeboken, targets kids between 1-6 years old. As game designers we wanted to make a better pointing book for kids than those already out there, and according to the feedback we have received so far, with The Big Pointingbook we’ve succeeded.

To voice the game, we recorded Norwegian and English kids – as kids respond very well to the voice of other children. The feedback during our preliminary testing was fantastic. All our young game testers loved it – they simply didn’t want to stop playing.

Initially the app was only going to be in Norwegian, but testing convinced us to also make an english version. The localization of the text was easy, finding an English child in Norway was a bit harder. In total we spent three days adding the English localization, which isn’t too bad if you think about it.

On the Norwegian App Store, please search for Den Store Pekeboken, while users of any other App Store has to look for The Big Pointingbook. The app is relatively large, so please allow enough time for it to download.

For this game we cooperated with Emering AS. 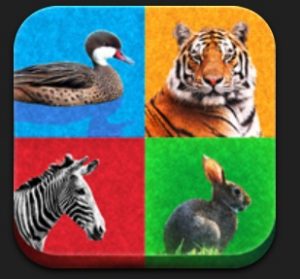